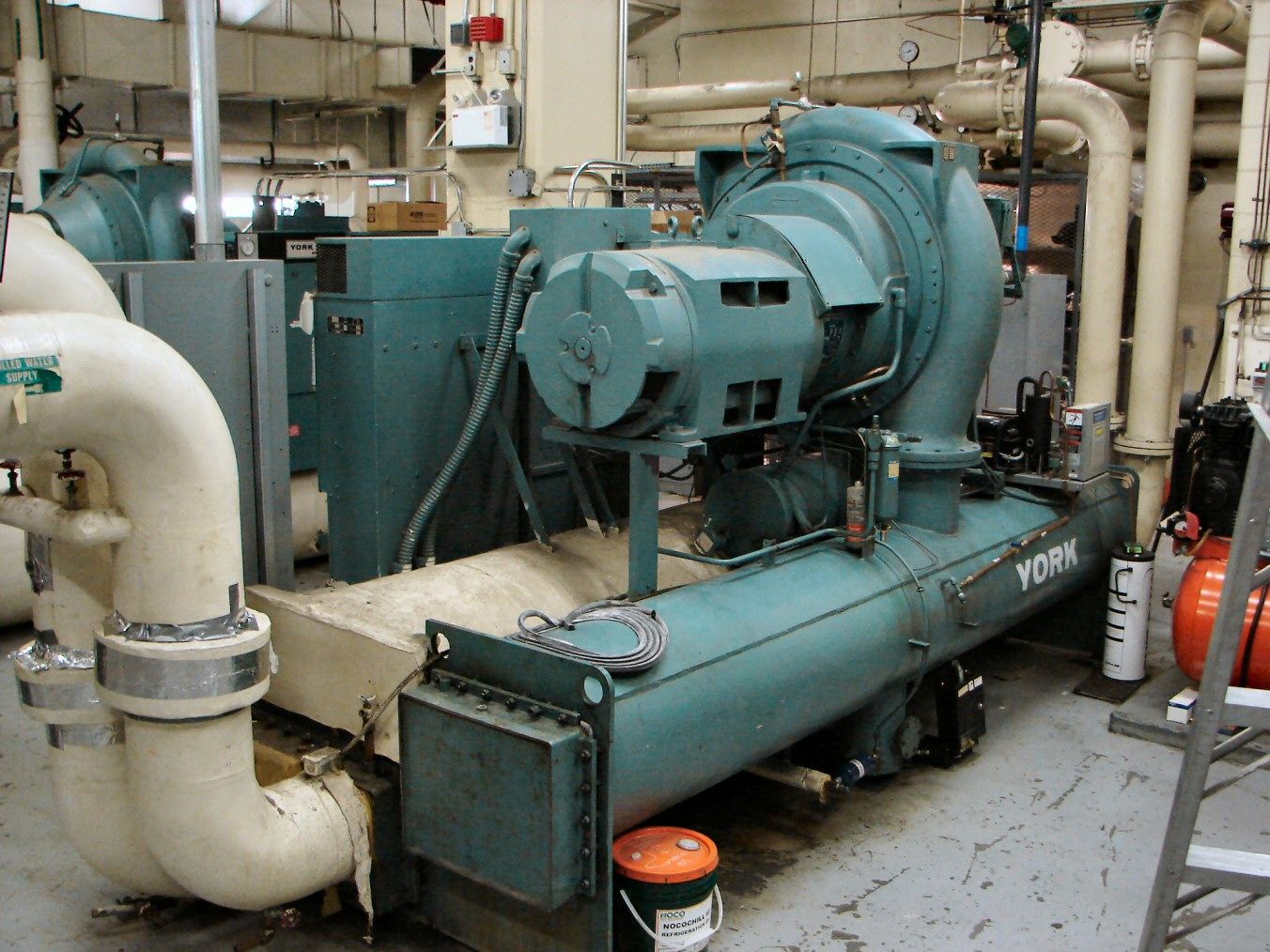 EcoCOOL® works with great efficiency in aging flooded and chiller systems. A chiller is a system where water (or glycol, or salt water brine) is cooled instead of air. As opposed to air cooling, water is used as the heat conductor. Water (brine) or Glycol (antifreeze) is circulated, instead of air, to cool a space or object. Water is cooled in a “barrel” with the evaporator refrigeration coils running through it. This cooled or chilled water is pumped to a heat exchanger or “radiator” that is located in the place to be cooled. A fan blows over this radiator with the chilled cold water in it and the air is cooled.

The system can be more efficient than an air system since water carries more heat per unit volume than air. The chilled water is cooled to 42-48° F. It is then returned from the radiator to the chiller barrel for re-cooling and then returned to the radiator again to cool the space desired. Chillers can have reciprocating, screw or centrifugal compressors. For all chiller applications it is critical to confirm compressor type, refrigerant type and oil separator type to determine the blend and quantity of EcoCOOL® that should be used.